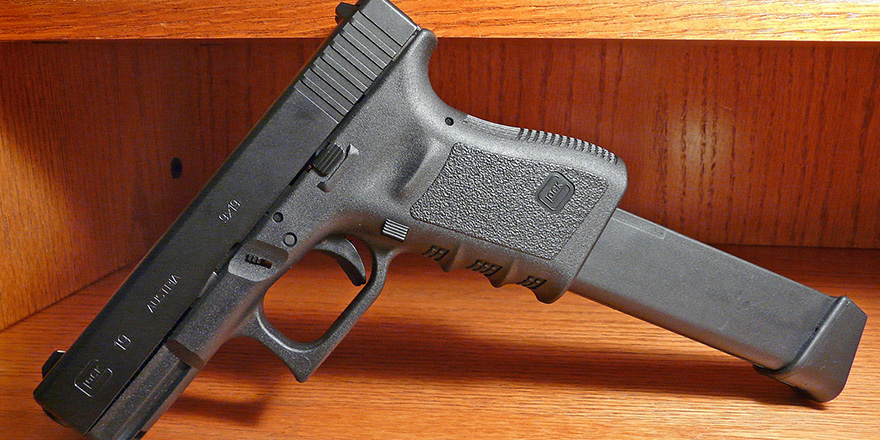 A Fort Worth man discovered with a Glock pistol equipped with a “switch” – a device that converts ordinary semiautomatic pistols into fully automatic machine guns – has been tried and convicted of a federal firearm crime, announced U.S. Attorney for the Northern District of Texas Chad E. Meacham.

“I cannot stress enough how dangerous machine gun conversion devices are and the levels at which they are being used in our communities. Due to the diligent work of our law enforcement partners, specifically the Arlington Police Department, Mr. Brown will now have several years to think about his attempt to brazenly carry a machine gun around our streets,” stated ATF Dallas Field Division Special Agent in Charge Jeffrey C. Boshek II.

According to evidence presented at trial, an Arlington Police Department Officer stopped Mr. Brown’s vehicle on Jan. 17 after discovering its insurance was expired.

An officer testified that she noted the smell of marijuana emanating from the vehicle and initiated a probable cause search.

Under the driver’s seat, she found a Glock 9mm pistol with a 31-round high-capacity, extended magazine, and a red plastic switch attached to the rear of the firearm’s slide. The Glock pistol with a switch attached was ultimately examined and test-fired by an ATF Firearms Enforcement Officer, who concluded it was a machinegun that fired in a fully-automatic fashion.

Glock Switches, also known as machinegun conversion devices, are classified as machine guns under federal law. Unlike semiautomatic firearms, machineguns – weapons that can fire more than one round, without manual reloading, by a single function of the trigger – are generally unlawful for non-licensed civilians under the National Firearms Act.

A search of Mr. Brown’s phone revealed text messages and lyrics regarding the purchase and use of Glock Switches.

At trial, prosecutors introduced into evidence Mr. Brown’s rap videos, which included the lyrics, “My Glock, it came with a switch / I aim, I don’t miss” (Watch).

Mr. Brown now faces up to 10 years in federal prison.