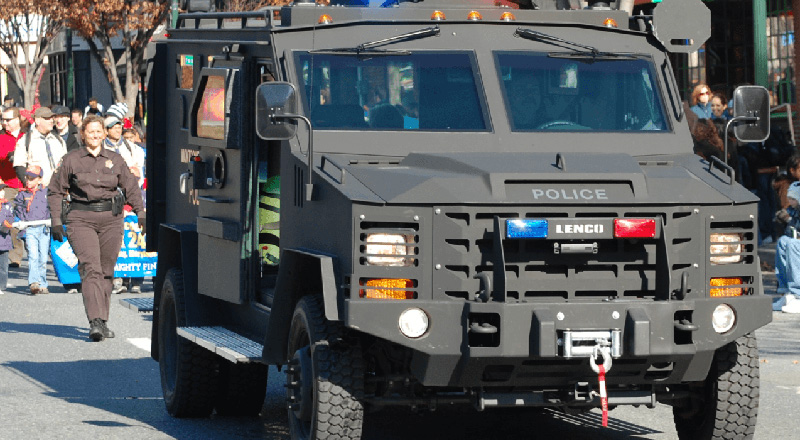 Police departments across the country are using funds allocated under the 2021 American Rescue Plan Act Act (ARPA) on new equipment like armored vehicles and "military-grade" drones.

On March 3, the Kingsport Police Department in Tennessee announced it spent $104,900 in ARPA funds on "military-grade drones designed and built specifically to use inside of buildings." The funds also went towards 10 custom communications headsets for its SWAT team, 75 holster adapters, eight mobile radar units, 150 trauma kits for treating gunshot wounds, and an unspecified number of new uniforms and security cameras.

The Dixon County City Council in California is also considering using $163,000 in ARPA funds for a police drone program, $211,000 for police body-worn cameras, and $163,000 for a license plate reader program.

The Hancock County Board of Commissioners approved $250,000 in ARPA funding for a BearCat armored vehicle, WFIN reported this month.

By LIZ GEORGE. Read Full Article
The views and opinions expressed in this article are those of the author and do not reflect the official position of 28 News. Excerpted from American Military News